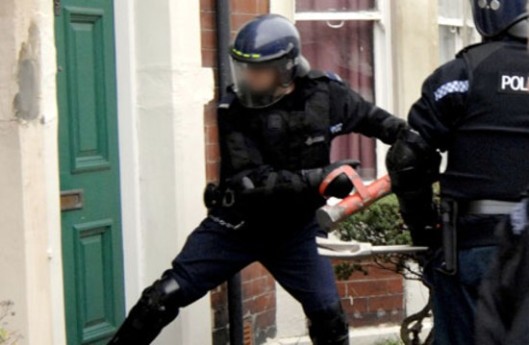 It really was a good day to bury bad news.

As the press went into overdrive about the vote to permit gay marriage, a House of Commons committee quietly axed amendments to the Justice and Security Bill that would have made it less damaging to your freedom.

This is the controversial Bill to allow ‘secret courts’ in the UK, so cases that are potentially embarrassing to government can be held behind closed doors.

As it now stands, defendants – or claimants in civil cases – will be excluded from the hearings where their fates will be decided. They will not be allowed to know or challenge the details of the case against them and will have to be represented by a security-cleared special advocate, rather than their own lawyer.

Are alarm bells ringing in your head yet?

Apparently the Bill has been drafted in close co-operation with the security services, who have claimed other countries may stop sharing intelligence with Britain if it risks being disclosed in open court. Clearly the intention is to deal with terrorism cases but there is no necessary limit to the possibilities.

The House of Lords had amended the Bill last November after concerns were raised about the threat to civil liberties. The changes would have meant judges could only grant secret hearings – or ‘Closed Material Procedures’ (CMPs) – if other alternatives like the existing system of public interest immunity had been ruled out.

A call to permit such hearings only after balancing the government’s call for it against the ancient legal principles of open justice was also thrown out.

Secret hearings could now become the default in cases where the existing system for fairly handling sensitive material could instead have been used.

Human rights organisations Amnesty International, JUSTICE, Liberty and Reprieve have condemned the changes, which mean secret material – never disclosed to the claimant, let alone the public or the press – would routinely be used to defend serious allegations.

In other words, if this Bill becomes law, the government would be able to do anything it likes, to anyone it likes, under a veil of secrecy. It’s a clear contradiction of the Conservative Party’s own pre-election commitment to a far more open and accountable Parliament, and also of the Coalition Agreement, which stated: “The Government believes that we need to throw open the doors of public bodies, to enable the public to hold politicians and public bodies to account.”

But don’t just take my word for it. Amnesty International UK Head of Policy and Government Affairs, Allan Hogarth, had this to say: ““If the Bill becomes law we will end up with victims of human rights violations being prevented from seeing secret evidence against them and even being prevented from talking to their own lawyers.

The government says the Bill is perfectly safe because the final decision on whether to hold proceedings in secret will be up to the judge.

And we all know that they are entirely beyond reproach.