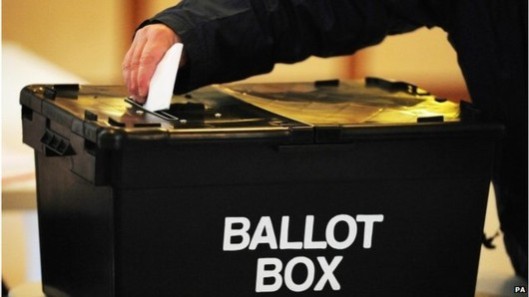 One thing we all knew, before the first vote was counted in the council elections, was that the result would differ hugely from that in the European election taking place on the same day.

For a start, MEPs are elected on a system of proportional representation, meaning it is the percentage of votes cast in a particular region that determine who will represent it; it isn’t a straightforward race for the most.

Also, all regions of the UK are taking part in this poll – but many people are unlikely to have used their vote, due to disillusion with British democracy. This makes it hard to judge whether the results will have any bearing on next year’s UK general election.

Since it is a proportional representation election, the UKIP effect is likely to be far greater than it was in the local elections. UKIP picked up 17 per cent of the votes in the locals, and a similar performance in the Euro-poll will put it half a percentage point up on 2009, when 13 ‘Kippers were returned to Brussels.

Conversely Labour, which bagged more than half of all the council seats up for election, is likely to be far less successful in Europe.

It will be interesting to see how the media – particularly the BBC, which will be reporting the results as they come in – react. Thursday’s coverage of the local poll was appallingly misleading. For example, Labour was said to have performed very badly when it easily hit the target commentators said it needed to attain, in order to pose a credible challenge for the Conservatives next year.

Coverage of the count starts at 11pm on BBC1.