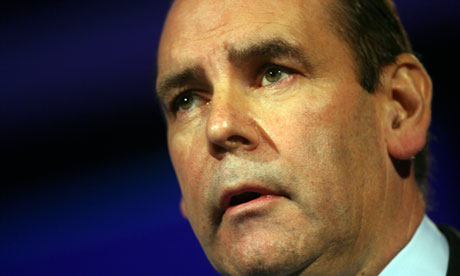 You might be surprised at this. You probably think it’s exactly what he should have done after he was accused, in Parliament, of boasting about fabricating stories to blame Liverpool supporters for the Hillsborough disaster, while he was serving with South Yorkshire Police in 1989.

I’m not angry about that. I’m angry because the Independent Police Complaints Commission released a statement after Bettison’s announcement, saying that it will continue to investigate his alleged part in the Hillsborough cover-up. The statement said: “We can, and in this case will, investigate criminal offences and misconduct matters after an officer has retired or resigned.”

This is not what you would get, if you tried to allege misconduct against a retired police officer. Believe me – I know!

That’s why I say this story demonstrates the difference between what happens in a high-publicity case, when a large number of people create a fuss, supported by people who are in the public eye, and what happens when an ordinary person goes to the police with an allegation of misconduct against a retired officer.

If you have read this column before, you will be aware that I have had dealings with the police over allegations by my disabled girlfriend (and her disabled mother) against a man who abused them mentally, physically and sexually. Their complaints to the police, made separately, went uninvestigated and the mother was actually sent back into an abusive environment by officers at her local police station.

When they made a joint complaint a couple of years ago, they wanted misconduct investigations launched into the behaviour of the police officers who had been involved in these incidents (which took place over a 28-year period, starting in the 1970s).

The response was that these investigations could not possibly take place – because many of the officers involved had since retired. In a face-to-face interview with an investigating officer on May 12, 2010, he told us: “Those who have retired don’t come under police conduct rules.”

In other words, any police officer – who may have committed crimes or acts of misconduct, but has since retired – will always get away scot free.

That’s the justice we got.

That’s why the IPCC’s unctuous and hypocritical attempt to ingratiate itself with the public by leaping to the attack on this high-publicity issue fills me with fury. Faced with such flagrant double-standards, the only rational response is disgust.