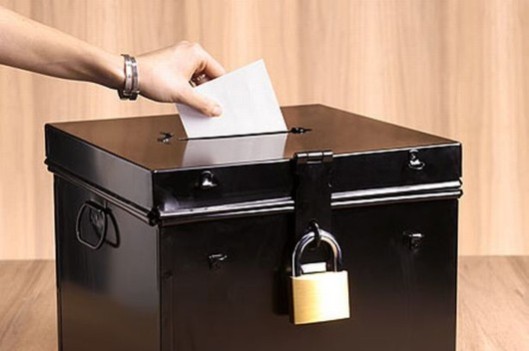 Get your votes out: But who will you support, if your local council is holding elections this year? The mid-term poll is always carefully watched, so your vote could sway predictions for the 2015 general election!

Hard though it may be to believe, in the midst of all the ‘Mrs T’ drivel, but life goes on and there are elections on the way.

The Liberal Democrats have launched their bid for seats on 34 councils in England and one in Wales, predictably, with a smear campaign.

Apparently, both their Coalition partners the Conservatives, and Labour, are inefficient and waste money on “vanity projects”.

This will be a hard criticism for the Tories to counter, considering they are about to waste up to £10 million of taxpayers’ – our – money on a ceremonial funeral for Baroness Thatcher that the majority of the people in the UK simply don’t want.

Apparently, MPs can claim £3,750 each, from the taxpayer, because Parliament has been recalled to pay tribute to her. If they all take advantage of it, that alone will cost us £2,437,500!

Praise is due to Labour’s John Mann, who the BBC placed among those calling the debate a waste of money. He said tributes could have been made next week, when Parliament is due to return.

But then, what is the Liberal Democrat plan to increase the Personal Allowance, that we are all allowed to earn before we start paying Income Tax, if it isn’t a vanity project?

Nick Clegg says the Liberal Democrats will spread “the burden of austerity fairly”, but if this policy really has made 24 million families in the UK £600 better-off than they were in 2010, that means the Treasury has received £14,400,000,000 less than it otherwise would have. Nearly 14-and-a-half BILLION pounds!

This is money that could have eased the severity of the benefit cuts on the poorest in society, or the government could have invested it in projects that would have created jobs, increasing the tax take and lessening the burden of debt repayments and benefits for the poor.

Noticeably absent from Mr Clegg’s speech, at the Eden Project in Cornwall, was any mention of what his party would do with any new council seats it picks up. Instead, he went back to the Liberal Democrat ‘message script’ that was thrust upon his party back between Christmas and the New Year. “Only the Liberal Democrats will build a stronger economy and a fairer society, enabling everyone to get on in life” he droned.

Here in Radnorshire, Wales, people hearing that will be thinking those words are familiar, and asking themselves when they were aired before. Oh yes – it was last week, when our MP Roger Williams and AM Kirsty Williams were talking up the increases in the Personal Allowance.

So there’s no offer from the Liberal Democrats.

At least Labour’s Ed Miliband launched his party’s campaign with a solid commitment – he wants councils to be allowed to prevent payday lenders from operating in their areas, and to stop bookmakers from opening as well.

In hard times, it makes sense for gambling to be curbed – although it is a shame that the last Labour government allowed it to become commonplace before the financial crash hit. And payday lenders must be brought to heel – the huge interest rates they charge mean borrowers – who need the money because they receive such a poor pay packet from their fatcat bosses, don’t forget – fall even further into debt.

But Labour’s recent behaviour in Parliament has created deep mistrust of the party among its core voters. Labour betrayed the poorest workers in the UK, and everybody who is looking for a job, by supporting Iain Duncan Smith’s retroactive law to legalise his illegal sanctions against jobseekers who would not take part in his slave-labour ‘mandatory work activity’ schemes to raise cash for ‘work programme provider’ companies and commercial enterprises that took part.

If Labour wants to win that trust back, it needs to field prospective councillors who genuinely want to represent the interests of the people in their wards, with good Labour values – ensuring they get the best value for their council tax money, rather than turning services over to private enterprises who then make councils pay through the nose for inferior work, for example.

And what about all the new contenders that have sprung up since the Coalition came to power and started reversing all the good work the previous Labour government did, justifying it by saying the new austerity made it necessary (it isn’t)?

The National Health Action Party can be ruled out, I think. That organisation is a single-issue party created solely to attack Coalition members of Parliament, and anyone else who voted in support of the Health and Social Care Act, that allows private, for-profit companies to run NHS services.

What about the ‘No’ Party? This group claims the UK needs a fresh start, and wants to contend the next general election “on a massive scale”. In that case, they should start at local level. Political organisations of any kind won’t be trusted with Parliamentary seats until their members have proved themselves in the local arena and the May elections are a perfect opportunity to get started. Where are the ‘No’ candidates?

What about the People of the British Political and Lawful Rebellion Party, which says it aims “to put the People back into politics”.

This organisation’s Facebook page says: “It is time this country came together and started the mass political and legal upheavel required for a legitimate, lawful, peaceful and successful rebellion. As a newly founded political party, we take one-step at at time while learning to utilise our skills as individuals and collectively.”

Okay, then why not start now – in local councils? Then the ordinary people will be able to find out what they’re all about.

It seems too early for any wide-based, mainstream ‘Party of the Left’, of the kind Ken Loach has been pushing, to come together in time for these elections – which is a shame.

In the light of Labour’s actions on the Jobseekers (Back to the Workhouse) Bill, it is possible that there does need to be another mainstream, national left-wing political organisation – if only to remind Labour of what it ought to be.

One of the most telling comments about the late Baroness Thatcher was that she changed not only the Conservatives, but other political parties, meaning that Labour followed a similar course to the Conservatives when it came to office in 1997.

It’s time Labour remembered that there are other, real and workable alternatives – and started working on them.