The alleged rift between Michael Gove and Theresa May over claims that Muslim extremists have taken over 25 Birmingham schools is bizarre.

These are government ministers who most closely share the extremist attitudes that the ‘Trojan Horse’ school governors are said to have; their methods are the same, even if their aims are different.

Consider this. The claims made about the Birmingham school are that:

Now let’s look at Theresa May, who:

The duty to refrain from unlawful killing, investigate suspicious deaths and prevent foreseeable loss of life runs against the results of the Coalition’s changes to incapacity/disability benefit assessment which led to the unnecessary deaths of 73 people per week between January and November 2011.

The prohibition of slavery, servitude and forced labour is contrary to the government’s mandatory work activity schemes.

The right to a fair trial contradicts the changes the government has been making to Legal Aid.

The right to respect for one’s privacy, family life, home and correspondence runs against the “snooper’s charter” that Mrs May wished to impose.

And so on. The Tories would dearly love to remove your rights to freedom of expression and freedom of assembly and association, as that means they could outlaw this blog and abolish trade unions.

They’re all as bad as each other. 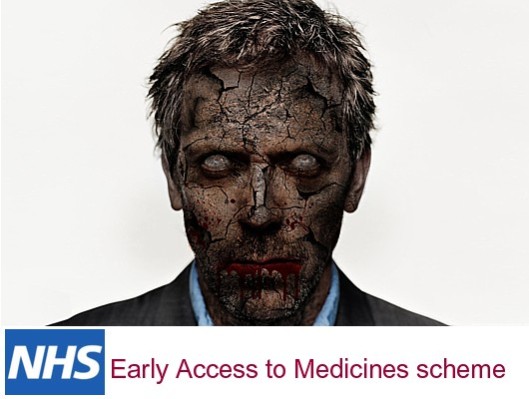 Seal of approval: We asked TV doctor House MD whether he foresaw any problems with the Early Access to Medicines scheme. “Nuh-uhrr,” he replied.

Concern has been raised over a plan announced by Health Secretary (and misprint) Jeremy Hunt to give new medicines to people who are severely ill, years before they are licensed.

In comparison, little has been said about findings by the Office for National Statistics (ONS) showing that people in deprived areas live shorter lives and spend more of those lives in poor health.

There is an obvious conclusion to be drawn from this:

If poorer people spend more time in ill health, then they are more likely to be given experimental drugs before those treatments are clinically proven.

In other words, the Conservative-led government is using the poor as guinea pigs for drug trials.

The BBC quoted Mr Hunt: “What patients want is sometimes to try medicines that may not be clinically proven to be effective but are clinically safe. We are streamlining the process so these medicines can be used much earlier – particularly if they have early promise – and that is something which will bring hope to a lot of patients.”

This shows what he wants – to make the UK a profitable place for pharmaceutical companies by giving them a market for drugs that could be completely useless – or could have unforeseen effects.

Long-term readers will be aware that Mrs Mike has been receiving treatment from the NHS in England, including injections to alleviate the severe back pain from which she suffers.

I asked her if this announcement was worrying for her – as a poor person who has spent much of her life in ill-health.

“Nuh-uhrr,” she said. That seemed conclusive, so I threw her lunchtime slab of raw meat into the cage and locked the door before she could reach me.

Vox Political really needs your help.
This independent blog’s only funding comes from readers’ contributions.
Without YOUR help, we cannot keep going.
You can make a one-off donation here: 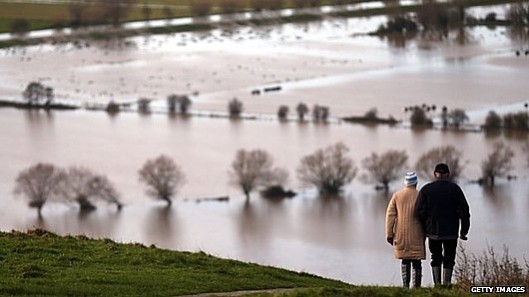 The BBC has actually dared to run a story criticising the Conservative-Liberal Democrat Coalition government! Perhaps its editors are worried that the social media are getting a better reputation for news reporting.

It seems the UK Statistics Authority has attacked the Treasury for giving a “false impression” of government investment in areas like flood defences.

The government chart, released with the Autumn Statement, appeared to show an even spread across sectors, but used a ‘logarithmic’ scale – with gaps between £1 million, £10 million, £100 million, £1 billion and so on represented by increments of the same size.

The scaling appeared to show flood defences getting at least half as much funding as transport and energy – the projects that received the most money. 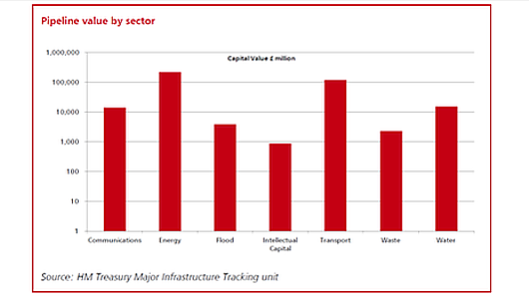 The Treasury’s ‘logarithmic’ chart, apparently showing a relatively even spread of funding.

In fact, would you like to know the proportion of money actually being spent on flood defences, compared with energy infrastructure?

The UK Statistics Authority’s more representative chart, showing that flood defence (third from left) receives two per cent of the funding that goes to energy (second from left).

Last Wednesday the same BBC that broke this story told us that severe flood warnings – signifying a danger to life” – had been issued for part of the Somerset Levels.

People were in danger of death because the government had neglected anti-flooding plans.

This year the government is spending £60 million less on flood defence than in Labour’s last year of office (2009-10) – and that’s after factoring in new spending to combat the current deluge.

“The government has denied attempting to mislead the public,” according to the BBC report.

Well it would, wouldn’t it? But how often has it done anything else?

Does the Coalition not tell us every day that we are better off than before – when we know the pounds in our pocket buy less and less, the longer they are in office?

Is it not telling us that more of us are in work, when we can unpick DWP press releases to reveal the tawdry tricks they have played to create those figures?

Did it not tell us the National Health Service in England would be safe – and then ruin it, especially with the current drive to maim accident and emergency departments?

How much longer can we afford this cavalier gang of Hooray Henrys, playing fast and loose with the facts?

They couldn’t care less if their irresponsibility causes somebody’s death.

Vox Political believes in uncovering the facts the government wants to hide.
But the site needs funds to continue.
That’s why YOUR help is vital.
You can make a one-off donation here: