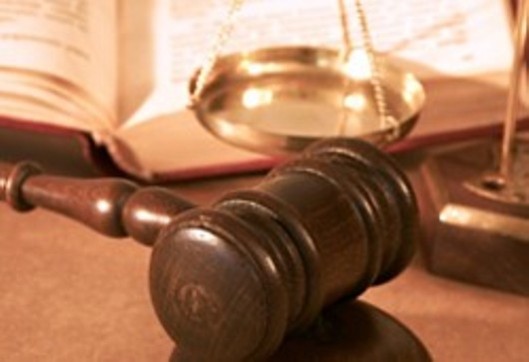 Laying down the gavel: It seems that InJustice Secretary Chris Grayling is determined to sell justice to the highest bidder – ending a prohibition on the sale of justice that goes back to 1215 and the Magna Carta. Are you going to let him?

Have a look at this, from a Ministry of Justice press release today. It quotes a letter to judges in England and Wales:

“Given the financial stringency which will be applied to HMCTS [Her Majesty’s Courts and Tribunals Service], as to everywhere else, we are examining every realistic option…  for example, whether the current structures could be transformed, or whether an alternative structure, such as a more independent public interest corporation, would better ensure a sustainable future.”

In other words, We Are Going To Sell Justice.

The release is signed by Sir Jeremy Sullivan, senior president of tribunals; Lord Igor Judge, the Lord Chief Justice of England and Wales; and of course Chris ‘Failing’ Grayling, Lord Chancellor and Secretary of State for Justice.

It is no surprise that Grayling’s name is attached to the document. He is the “absolute tit” (thank you John Finnemore and the BBC) whose strategy to privatise Legal Aid and put people who are still innocent until proven guilty into the hands of his corporate friends who have a financial incentive to make them plead guilty, no matter what.

Sir Jeremy Sullivan’s involvement as head of the Tribunals Service indicates that a forthcoming change in fortunes, for example, if you are an Employment and Support Allowance claimant appealing against a wrong decision by the DWP/Atos. At the moment, the number of appeals has been increasing rapidly, with almost half achieving a ruling against the government department. Do you honestly think that will continue if Tribunals are run as a commercial concern, with the government as a major investor?

(Yes; I am saying this seems a transparent plan by Grayling, possibly with his former master Iain Duncan Smith, to clear a major obstacle to their project to drive the sick and disabled off the benefit books, possibly to their deaths. Many people who did not appeal have already died – for reasons which are not clear, although it seems unlikely this would have happened had the DWP not interfered. Privatising the courts may be seen as a bid to deter people from launching appeals.)

Of even more concern is the appearance of Lord Igor Judge as a signatory. Only last month, he was warning Grayling not to undermine the independence of the judiciary.

In a letter to Grayling, he warned that the proposed changes would revoke constitutional arrangements dating back to – and including – “the prohibition in Magna Carta on ‘selling justice'”.

Why is he now happy to allow justice to be sold – and to be influenced by a right-wing government with an agenda of oppression?

The Guardian, reporting on Lord Judge’s letter, stated that the Ministry of Justice had “denied that wholesale privatisation of the courts service is being considered”. It seems that was untrue.

Why is Lord Judge now, apparently supporting this?

Is it because the privatisation threat comes towards the bottom of the letter, while an assurance that “justice is and will remain a core function of the State” is right at the top?

The reason given for the need to change the way the courts and tribunals work is “current financial pressures”. Readers of this article should be aware that there are NO financial pressures on the government other than those its ministers have invented in their own minds – as an excuse to cut services or sell them off.

In short, we are being governed by a gang of spivs.

Press releases such as this prove that the Coalition government has no desire to rule in the best interest of the nation; it is here to cut the state down to nothing; to sell off those public services likely to provide a profit to the private sector – into which ministers may well retire; and to exploit the vast majority of the population for the enrichment of ministers and their friends in business.

Readers are advised to write to their MPs and to Mr Grayling, opposing these plans; to point out that any pretend “financial pressures” may be alleviated by investment in the UK economy, to create jobs and tax returns; by the closure of tax loopholes that allow the super-rich to avoid paying their fair share; and by the end of so-called ‘sweetheart deals’ with large corporations that allow them to avoid paying their fair share of tax.

The evidence is right in front of us all. We should not allow ourselves to be hoodwinked.