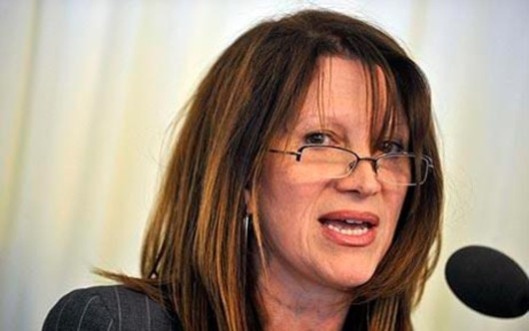 Lynne Featherstone: Her speech may have been well-intentioned, but was also patronising and hypocritical in the light of the Coalition’s treatment of disabled people in the UK.

Today the Coalition government announced it is showing the developing world how to treat people with disabilities (don’t laugh) – by ensuring that schools built with direct UK funding will have easy access for the disabled.

According to a government press release, Liberal Democrat International Development Minister Lynne Featherstone used the High Level Meeting on Development and Disability at the United Nations in New York – the biggest disability rights meeting in five years – to call on the international community to tackle the ‘great neglect’ of a billion people globally who face unequal access to education, employment, healthcare, social support and justice as a result of disability.

Did her speech make any mention of the ‘great neglect’ of people in her own country who face discrimination on exactly the same grounds, caused by her government?

“Those living with a disability are disproportionately some of the poorest and most marginalised people in the world – part of an unseen great neglect,” she told the meeting. “It is telling that of the 57 million children currently out of school in the world today, over a third have a disability.

“As a global community, we have a duty to safeguard the most vulnerable. If developing countries are to move forward into prosperity and greater self-reliance, they must take everyone on the journey.

“That’s why from this day forward, all schools built with the direct support of British taxpayers will be designed to allow disability access.

“With the ongoing discussion of what development should focus on when the Millennium Development Goals expire in 2015, we have a once-in-a-generation chance to finally put disability on the agenda.”

Leaders of developing countries would have been justified in looking askance at the British minister while she was making this speech, with her hypocrisy on display for everybody to see.

They would be right to ask themselves: “Is this not a minister from a country that demonises its disabled people? That treats them as a burden on the community? That is trying to purge its society of them?

“Did her government not drive 73 disabled people per week to suicide or death through the exacerbation of their health problems – both brought on by cuts to state benefits and the threat of destitution – during 2011? And is her government not now refusing to provide up-to-date figures on the deaths its policies have caused?

“Does this not mean that deaths of disabled people caused – directly or indirectly – by UK government policies have increased dramatically during this time period, and the same government is trying to cover up the fact?”

It is notable that the government’s announcement landed on the same day that disability activist Samuel Miller received the following correspondence from the office of the UN’s special rapporteur on extreme poverty and human rights:

“On behalf of the Special Rapporteur, thank you very much for your communications… Ms Sepulveda is observing very closely the situation with the UK welfare policies and their effects on persons living in poverty, including persons with disability.

“She is doing her best within the limits of her mandate to address such situations not only in the UK but globally through direct engagement with Governments.

“She would like to commend you for your tireless efforts and wishes you all the best in your endeavours.”

In the light of all this, would leaders of developing countries not be right, while thanking the UK government for its well-intentioned offer, to ask why Ms Featherstone feels justified in talking down to them about the disabled when her government refuses to allow those in its own country an opportunity to live with dignity. 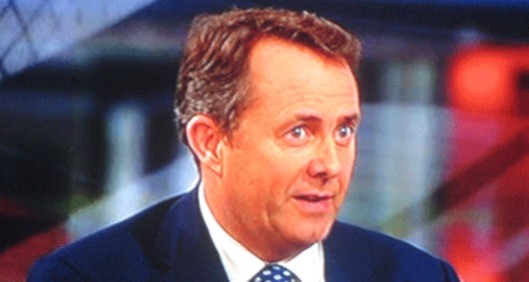 Do not approach: Another Conservative goes feral. Pensioners – guard your assets!

There seems to be an increasing willingness among politicians to give high regard to disgraced ex-colleagues.

Only last weekend, Nick Clegg praised Chris Huhne, who faces sentencing today after being convicted of perverting the course of justice regarding speeding points on his driving licence.

Now Liam Fox has weighed into the debate on future Conservative Party policy. Dr Fox had to resign after being asked why a man who was not a part of the government had attended more than half of his official engagements including trips abroad, at the public expense.

His ideas are just as appalling as Theresa May’s plan to take away all of your human rights, as detailed in this blog yesterday.

He wants to freeze public spending for the next five years – that’s well into the next Parliament, no matter who wins.

He wants to spend the money this will allegedly save on tax cuts, notably capital gains tax – in other words, another nice little earner for the very, very rich. Odious, aren’t they?

Like Vince Cable of the Liberal Democrats, he wants departmental budgets that are currently ring-fenced to lose that protection – including the NHS, schools and international development.

The NHS is already the subject of controversy over its spending because the government has claimed budgets have increased, while the UK Statistics Authority stated categorically that they have dropped.

Most schools have been under-funded by Michael Gove, in favour of his ridiculously expensive ‘free schools’ project. Under Dr Fox’s plans, unless your child is privately-educated or has been cherry-picked to go to one of these new institutions, their education would suffer and their chances in life would be hugely reduced.

International development is hugely controversial as well. At a time when the UK is struggling to pay for itself, critics say, the country should not be giving cash away to foreign nations.

And he wants to end protection for universal benefits – such as the pensioners’ winter fuel allowance.

Pensioners: This Tory wants to take away the extra money you get to heat your home during the winter, and the Liberal Democrat Vince Cable wants to means-test or tax the pension for which you have spent your entire working life paying. Do you really want to vote either party back into power to do these things to you?

Fox is a leading member of the Tory right-wing, and this is clear from his demands. But his own past actions make his current intervention laughable. He wants to cut public spending by – according to his own calculations – £345 billion over five years, yet he himself is an expenses cheat who has overspent taxpayers’ money on himself and his friends.

In 2009 it was reported that he had claimed £19,000 on expenses for his mobile phone bill over the previous four years. He said he was looking for a cheaper tariff.

He overclaimed £22,476 in mortgage interest payments, which he was forced to pay back in 2010. Fox said he had decided to remortgage his second home to pay for redecorations, and claim the higher interest repayments on his expenses because this represented value for money – he could have charged the taxpayer for his decorating bill directly. This was not true, according to the judge dealing with the case.

And then there’s the big one, for which he lost his job: Fox’s relationship with Adam Werrity, who had lived rent-free in Fox’s flat, had accompanied Fox on 40 of his 70 official engagements, attended meetings with foreign dignitaries and had used official-looking business cards which stated his was an “advisor” to Fox.

Fox resigned in advance of publication of an official inquiry’s report into the matter.

What a shame he can’t keep his mouth shut.