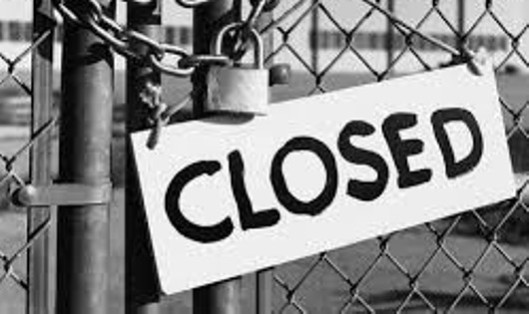 The modern answer to any problem: If your school or hospital is under-performing, don’t try to solve its problems – close it.

Late last year, a high school here in Powys was tested by inspectors and found so seriously lacking that it was placed in ‘special measures’.

(You’ll be familiar with the term, dear reader, because Jeremy Hunt, the bad-for-your-Health Secretary, has now placed several hospitals in the same category. We’ll get to them soon.)

Leighton Andrews AM, who was Welsh Education Minister at the time, wrote to Powys County Council on January 7 this year, stating that he would be minded to use his ministerial powers to close John Beddoes School, which is nearly 500 years old, if the local education authority failed to demonstrate improvement by the end of the summer term.

The Council’s cabinet immediately decided to ignore any calls for improvement and instead devised three alternative plans for closure. These were outlined in a letter to the Minister on January 30.

The authority then embarked on a formal public consultation which returned an overwhelming result in favour of retaining the school but sorting out its problems – as had been done 10 years previously at the high school in Newtown, around 20 miles away.

But the council’s cabinet chose to add insult to injury, not only by going ahead with its closure plan (so much for local democracy) but also by planning to re-open the school as a second campus of Newtown High, the school that had received remedial treatment in the past and is now one of the highest-performing in Wales.

Meanwhile, in England, all 161 hospital trusts are to be inspected under a new “more robust” regime, in the wake of hysteria stirred up by Downing Street and the right-wing media about failings at 11 hospital trusts. The trusts had been investigated after the so-called Stafford Hospital scandal, as they had the highest death rates between 2010-12. The public inquiry into Stafford concluded that the public had been betrayed by a system that put “corporate self-interest” ahead of patients.

The headlines claimed 13,000 people died needlessly in 14 dangerous hospitals. Polly Toynbee in The Guardian rightly pointed out that this was nonsense: “The Tory ambush was pre-planned by Downing Street as well-primed MPs used a report by Sir Bruce Keogh, the NHS medical director, to turn Labour’s good NHS record into a liability. Labour’s outrage was not synthetic, but indignation within the NHS was even fiercer at seeing the progress of the last decade trashed. The attack was not just on Labour, but on the viability and the future of the NHS itself.

“Where did that 13,000 come from? Not from Keogh’s meticulous report. With an innocent face, the health secretary, Jeremy Hunt, protested: ‘I don’t know how that number was put out there.’ It came from No 10 briefers, and was quickly refuted by Keogh, who called it ‘clinically meaningless and academically reckless’. It was also promoted by Professor Sir Brian Jarman, author of the Dr Foster hospital guide.”

Why did the Conservatives put out the misinformation?

Readers of this blog may be forgiven for thinking it’s just another in a long line of goofs by a government that can’t get its facts right.

In fact, it’s part of the ongoing war on the National Health Service, intended to soften up public feeling and smooth the way for ever-greater privatisation.

…because we all know that privatisation works so well and is so much cheaper, don’t we (British Rail)?

There is a link between all three issues. Yes, that’s right, three – not two.

In each case, the public wanted an improved service. The onus was on the appropriate authority to get involved in the situation, find out what was going wrong, and fix it.

But Powys Council’s cabinet couldn’t be bothered – and decided to close a school instead. Closing a school wipes the slate clean and means that the council won’t be seen to have poor-performing education institutions on its books.

The NHS organisations in charge of the 11 failing hospital trusts couldn’t be bothered either – and, according to investigators, chose to cover up the failings in their systems, rather than correct them.

And the Conservative-led Coalition government certainly can’t be bothered. David Cameron and his cronies are busily selling off our greatest national asset, piecemeal, to their big business friends who intend to wring every penny of profit they can make out of it. Do you really think that health care in the UK will improve under such a corrupt regime?

This blog has roundly criticised Mr Hunt for his co-authorship of a book that criticised the NHS, before the Coalition government came to office.

In Direct Democracy, published in 2005, he told readers that the health service was old-fashioned and out of touch: “It was, and remains, a child of its time.”

Now, as local and national government neglect links up with institutionalised ass-covering to bring more and more public services to their knees, the public might well be left wondering why nobody responsible for them feels the need to put them right.

Apparently, that’s an old-fashioned notion, too.

(The first Vox Political collection, Strong Words and Hard Times, is now available and may be ordered from this website)