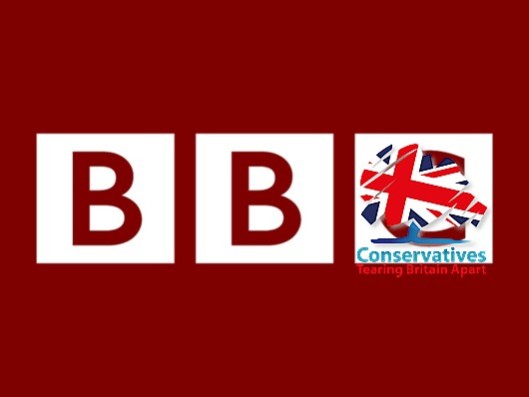 The Secretary-in-a-State about Work and Pensions, Iain Duncan Smith, has joined Grant Shapps in attacking the BBC with entirely fictitious claims that it has a left-wing bias.

Smith, affectionately known as ‘RTU’ or ‘Returned to Unit’ by this blog because of doubts about his achievements in the Army, is a serial spreader of falsehood, as has been documented here many times.

It seems he missed his true vocation and should have been a farmer; he spreads muck so vigorously.

And this is the case today. The Daily Mail has reported in its usual bombastic style that RTU is angry because the BBC keeps describing his charge on social housing tenants who the government deems to be “under-occupying” their homes as a “bedroom tax”.

His “furious” letter states that the corporation has been misleading viewers because the phrase is “innately politically and indeed factually wrong”.

Let’s have a look at his reason for saying this: “A tax, as the Oxford English Dictionary makes clear, is a ‘compulsory contribution to state revenue, levied by the  government on workers’ income and business profits, or added to the cost of some goods, services and transactions’.”

That’s right – and the state under-occupation charge (to give it it’s correct title) is a compulsory contribution to state revenue, added to the cost of a service. In this case, the service is rental of a dwelling. There can be no doubt that the contribution is compulsory, and it is clearly the state that receives (or rather, keeps) the money.

It is a tax. And we can say that, since the number of spare bedrooms in a dwelling is used to apply the charge, it is a bedroom tax. It’s the same principle as was used to describe the ‘Window Tax’ of the 19th century or thereabouts.

Some pundits have stated that it cannot be a tax because it is not paid by everybody, but this is also nonsense. Does everybody pay Inheritance Tax, or Capital Gains Tax? No. Even the corporations don’t pay Corporation Tax any more, according to all the reports we hear about tax avoidance!

And it may also be stated that the BBC is simply reflecting public parlance in its use of the phrase. People do not talk about the “underoccupation charge” or the “removal of the spare room subsidy” – they talk about the Bedroom Tax.

So RTU can whine all he likes; the BBC is factually correct in using the phrase, and it also reflects public custom in doing so.

His letter continues by claiming the BBC has adopted the language of the Opposition, stating, “We do not believe it is the job of the BBC to use misleading terms and promote the views of the Labour Party.”

Again, he is wrong to claim that the BBC has a left-wing bias. You may get tired of reading this, Dear Reader, but research by Cardiff University has shown that “The BBC tends to reproduce a Conservative, Eurosceptic, pro-business version of the world, not a left-wing, anti-business agenda”. Read the report for yourself.

The Daily Mail goes on to report that former Immigration Minister Damian Green has been unhappy with the Beeb’s reporting of immigration data, saying it was “mystifying” that a 36,000 drop in migration was described as “slight”.

But it is Mail readers who should be mystified at this claim. Didn’t they read, only last month, that more than two million immigrants have been given British passports since 2000 – one every two and a half minutes? Was this not accurate? In comparison to that figure, 36,000 is indeed “slight”.

And Mr Green might have had a little more sympathy for the BBC report if he had bothered to read the latest information on immigration by the Office for National Statistics, which stated that a drop of 39,000 long-term migrants between December 2011 and December 2012 was “not a statistically significant fall”. This is the information used by his government.

Of course we all know the reason for this latest round of BBC-bashing – the Tories are putting out a ‘marker’ for the general election.

They are telling the BBC, in no uncertain terms: “Behave. We don’t want any trouble from you in the run-up to May 2015 – just nice stories saying how great we are. Otherwise it will go badly for you after the election.”

Considering the evidence that the BBC already has a right-wing, Conservative-supporting viewpoint, it would be perfectly understandable if any high-ranking member of the corporation, receiving that message, did the exact opposite.

These Tories are ungrateful. They should know it is impossible for the BBC to hide the vast amount of cock-ups, miscalculations and intentional harm they have inflicted on the nation in the last three years. Attempted intimidation can’t alter the facts.

But then, threats are a part of the Tory way of life – especially for Iain Duncan Smith.

That is clear to anyone who has spent a few months signing unemployed at a Job Centre.