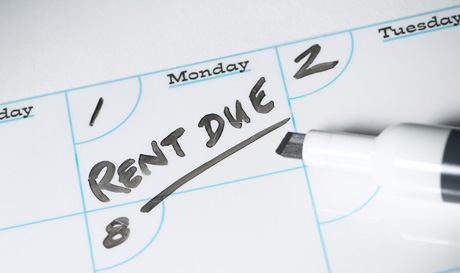 When Mr Cameron’s housing benefits cap takes effect, along with the increased council tax bill for those on benefits, how long will it be before working-class Tories find their representatives have forced them out of their homes?

It’s the kind of ignorance that could kill off the Working-Class Tory.

We all knew David Cameron had his head in the clouds (or where the sun doesn’t shine) when he asked what hard-working people were meant to think when they see individual families getting up to £60,000 of housing benefit. I believe the Conservative Party has yet to provide proof of the claim.

The fact is that a huge amount of new housing benefit claimants are in work themselves – so Mr Cameron’s argument was utterly defeated before he had even uttered a word of it.

Today (Monday) the National Housing Federation has stated that a failure to build new houses has led to an 86 per cent rise in working people claiming housing benefit between May 2009-2012, as rents and mortgages have soared.

The solution is simple; I’ve pointed it out in this very blog, many times – cap rents.

Instead, Mr Cameron said he was capping housing benefit, meaning hard-working families will have to tighten their belts and cut back even further on their other outgoings, just to keep a roof over their heads. They might not be able to afford to heat their home as well as last year (I doubt a working family qualifies for the Winter fuel allowance). They might not be able to eat as well as they did last year, as food prices are rocketing. But don’t worry – their landlords will carry on doing just fine, thank you very much!

(Until the family’s earnings can’t be stretched any further and they are forced out and – because the rent is too high for anyone else, the property becomes vacant and derelict. Landlords: Isn’t it wiser to make rents affordable and at least have some regular income from your property?)

In his speech to the Conservative Party conference, Mr Cameron said: “Because of our welfare cap, no family will be getting more in benefits than the average family earns.”

But it seems the average family doesn’t earn enough to stay off benefits! So what, exactly, was Mr Cameron saying, there? That he’s putting the average British family into an ever-decreasing recursive benefit loop?

The worst nonsense was the choice he said we give our young people today:   “Choice one: Work hard. Go to college. Get a job. Live at home. Save up for a flat […] Or: Don’t get a job. Sign on. Don’t even need to produce a CV when you do sign on. Get housing benefit. Get a flat. And then don’t ever get a job or you’ll lose a load of housing benefit.”

“And we’re going to look at ending automatic access to housing benefit for people under 25 too.” So, if you’re aged under 25, Mr Cameron is pulling the ground out from beneath your feet, before you’ve even got on your feet!

And let’s not forget the threat of the Localism Act, which will add to the council tax bill payable on your home. If you are in a working family that receives housing benefit, you will most likely be in receipt of council tax benefit as well, and this means even more money will have to come from your tight budget, as of next April.

So here’s my question, for anyone who still thinks they’re a working-class Tory: When all these cuts and new taxes have done their worst to you, and you’ve moved back to live with mum and dad (or gran and grandad) simply to have a (rather overcrowded) roof over your head, and the next election rolls around, are you really going to tell me that you think David Cameron’s Conservative Party is your best choice?