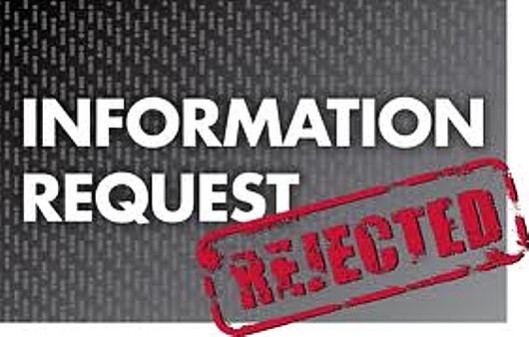 It seems DWP responses to Freedom of Information requests are now known before the questions have even been considered.

Disability researcher Samuel Miller received an email from a senior case officer at the Information Commissioner’s Office today (Monday), referring to his long-standing request for information on Employment and Support Allowance/Incapacity Benefit claimant mortality – the number of people who died in 2012 while claiming these benefits.

It stated: “I have reviewed all the information available to me and note that the Commissioner has dealt with a similar complaint.

“You may be aware of the decision notice issued in [the case of my own FoI request, which is well-documented on this site]. That case has now been appealed to the Information Tribunal by the complainant.

“Under the circumstances I would strongly recommend that we do not proceed any further with your case until the Tribunal has reached a decision.

“I understand that this is a highly sensitive and important issue to you, but there is little to be gained by continuing the case as it stands. This is because DWP has not specifically applied an exemption when refusing your request, other than stating it does not intend to publish a further report and is monitoring requests etc. Therefore, I would have to direct DWP to issue a new refusal notice citing an appropriate exemption, and the process would in effect begin again. An internal review would be required before bringing your complaint to the Commissioner. I note that your original request pre-dates that in [my case] so it is unlikely that DWP could apply the same exemption to your request in hindsight.

“I appreciate that this seems like unnecessary ‘red tape’ however, we are bound by the legislation we oversee. The most that could be achieved at this stage would be to potentially find DWP in breach of section 1 and section 10 of the FOIA.”

For information, section 1 covers a general right of access to information, and may apply as Mr Miller’s request was not recognised as coming under the FoI Act, while section 10 refers to the timescale in which a public authority must respond to a request for information (20 days in the case of FoI requests) so it is likely that this section was breached by no less than six months.

The case officer continued: “In the event that the Tribunal disagrees with the Commissioner’s decision they can order DWP to disclose the information requested. If that proves to be the case then the information will be in the public domain and likely to be on the DWP website.

“Given the above, I recommend that this case is now closed. I would be grateful if you would confirm that you have no objection to this.”

The first thing to note about this is that it seems the Information Commissioner’s Office feels qualified to predict the result of a FoI request to the DWP.

Why go straight to rejection, when the request has not yet been considered in the context of the Freedom of Information Act? Should it not be examined in that light first, before proceeding to consideration of whether to provide the information or refuse it?

If the question has not been considered as a Freedom of Information request, a case officer from another organisation cannot – legally – tell a requester whether it will be refused or not.

This casts doubt upon the validity of the entire process.

Secondly, it seems both the Department for Work and Pensions and the Information Commissioner’s Office have chosen to link Mr Miller’s request with my own. This is inappropriate. My request was made after his was rejected, in response to that rejection, but is a separate request and each should be judged on its own merits.

For example, my request was rejected due to a claim that I had organised a campaign of harassment against the DWP. This is nonsense when applied to me, and irrelevant when applied to Samuel; nobody even knew about his request until he received his reply.

In my case, the Information Commissioner sided with the DWP for the even more ridiculous reason that I run a blog “in which the main focus is the DWP and their ‘cover-up’ on the number of IB and ESA claimants who have died in 2012”. That was “the most significant factor” in his opinion, but even the most disinterested glance through this site disproves it. Samuel Miller has a site, but it is concerned with documenting the problems facing disabled people and any suggestion that it is part of a plot to bring down any part of the government would be ludicrous.

Mr Miller is furious at this treatment of his entirely appropriate and legally-submitted request which, let’s not forget, pre-dates my own, as another part of the same matter. It isn’t.

As he put it in an email today: “No disrespect intended… but I take umbrage that the ICO is violating my rights by linking my case to your Tribunal appeal.  My case should be judged on its own merits, without the taint of a ‘vexatious’ ruling.

“It’s very upsetting that The Information Commissioner’s Office regards us as conjoined twins, joined at the hip like Chang and Eng Bunker (1811–1874).”

I hope the ICO case officer will soon be receiving notice that Mr Miller does object to this treatment, that he wants his request considered on its own merits, and that he will consider any further action after a decision has been made in the proper manner.

But I feel constrained to go on record right now to say that, if he does, I will have had nothing to do with it.