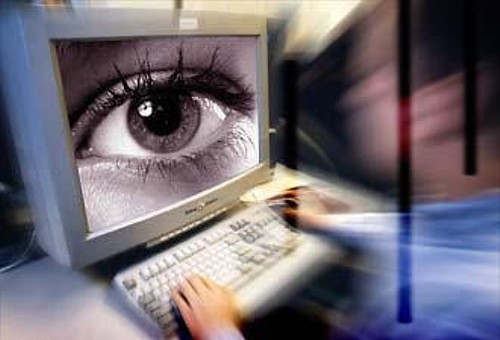 Nobody should be looking forward to having Big Brother watching us through our monitors, but he’s already reading our mail and listening to our phone calls.

Government monitoring of our mail and phone messages has been going on for years, and Theresa May’s plan to monitor every UK citizen’s online activity is merely an extension of this.

It’s still an unwarranted invasion of our privacy, but when has any government ever let that stop it?

According to the BBC, the current government’s plans mean service providers will have to store details of internet use in the UK for a year, to allow police and intelligence services to access it.

It will include for the first time details of messages sent on social media, webmail, voice calls over the internet and gaming in addition to emails and phone calls.

The data includes the time, duration, originator and recipient of a communication and the location of the device from which it is made.

Hold on, did I say “for the first time” details of messages on social media?

What about the police who called on a female disability activist last week, in her home at midnight, in relation to comments she’d posted on Facebook about the Department for Work and Pensions’ cuts?

According to her account on the Pride’s Purge blog, “They told me they had come to investigate criminal activity that I was involved in on Facebook… They said complaints had been made about posts I’d made on Facebook about the Jobcentre.”

(All right, I know what you’re going to say – those posts were publicly-accessible. The point is that the police are already using social media to target people – in this case, an innocent woman)

According to Peter Fahy, Chief Constable of Greater Manchester Police, the planned legislation is “absolutely vital” in “proving associations” between criminals, and it was often possible to penetrate the top of a criminal gang by linking “foot soldiers” to those running operations.

Is this in the same way the police were able to use the postal service to target terrorist gangs? Because I’ve got a story about that.

It concerns a young man who was enjoying a play-by-mail game with other like-minded people. A war game, as it happens. They all had codenames, and made their moves by writing letters and putting them in the post (this was, clearly, before the internet).

One day, said young fellow arrived home from work (or wherever) to find his street cordoned off and a ring of armed police around it.

“What’s going on?” he asked a burly uniformed man who was armed to the teeth.

“Oh you can’t come through,” he was told. “We’ve identified a terrorist group in one of these houses and we have to get them out.”

“But I live on this street,” said our hero, innocently. “Which house is it?”

The constable told him.

And suddenly all the guns were pointing at him.

They had reacted to a message he had sent, innocently, as part of the game. They’d had no reason to open the letter, but had done it anyway and, despite the fact that it was perfectly clear that it was part of a game, over-reacted.

What was the message?

Expect further cock-ups of similar nature, pretty much as soon as the current proposals become law.