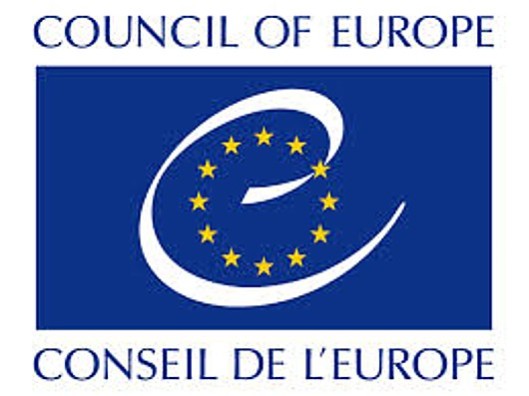 “Manifestly inadequate” are words that should ring in Iain Duncan Smith’s ears for some time to come.

They are the Council of Europe’s verdict on the UK’s social security system of payments for jobseekers, pensioners and recipients of both short- and long-term incapacity benefit.

The Council, an international organisation promoting co-operation between all countries of Europe in legal standards, human rights, democratic development, the rule of law and cultural co-operation, is home to the European Court of Human Rights.

The finding was made in an annual review of the UK’s adherence to the council’s European Social Charter. If the UK’s Conservative and Liberal Democrat Coalition government takes no action to rectify the situation, then the Council of Europe’s Committee of Ministers may address a recommendation to the UK, asking it to change the situation in law or in practice. This is clearly a weak way of handling a situation that could affect the well-being of many millions of people.

But Council officials say national courts refer to these international standards when deciding on relevant cases, meaning benefit claimants could try to use the Council’s ruling to boost their case for a higher award.

In response, our ever-more-right-wing government could decide to withdraw from its dealings with the Council altogether, meaning our citizens would no longer have recourse to the European Court of Human Rights. Many Tories – like Philip Davies – have long held this desire!

“Because all three are below a second threshold of £110 a week, they are rated ‘manifestly inadequate’.”

The UK has signed treaties in which it has promised to adhere to the provisions of the European Social Charter, so the Council’s claim that its conclusions are legally binding are accurate.

But the Coalition government has never been one to accept rules made by anybody else, and the DWP – one of the worst offenders (see previous articles on Workfare, work capability assessments for people with mental health problems, and the Bedroom Tax) is trying to claim that the findings must only be “taken into account” (meaning they would be noted, but ignored).

In his own response, Iain Duncan Smith appears to have completely misunderstood the meaning of the judgement, providing yet another example of why he is rightly considered one of the Coalition government’s leading dunderheads.

“This government has made great strides in fixing the welfare system so that spending is brought under control. It’s lunacy for the Council of Europe to suggest welfare payments need to increase when we paid out £204 billion in benefits and pensions last year alone.”

He simply does not understand that talking about the whole amount paid by the government is irrelevant when it is the amount paid on a regular basis to individuals that is at issue.

The Council of Europe states that 40 per cent of the Eurostat median equivalised income is the level at which the benefits should be paid and, as a treaty signatory, the UK has agreed to meet this requirement. RTU’s opinion is of no consequence at all. He is in breach of an international treaty.

The ruling also undermines his claim that many people have made a lifestyle choice to live in comfort on the dole, and his party’s claim that foreign nationals have been immigrating to Britain for purposes of benefit tourism – income levels are too low for anyone in their right mind to consider it.

What nobody is telling you is that this report does not even take account of the changes to the UK’s social security system that were ushered in by RTU’s (we call him that in honour of his ignominious army career – it stands for Returned To Unit, the fate of officer candidates who didn’t make the grade) hopelessly ignorant and hideously draconian Welfare Reform Act.

These are conclusions based on the system before the Bedroom Tax, before the benefit cap, before the flat-rate state pension, and before the one per cent limit on benefit uprating.

The report states: “The Committee notes that these legislative developments (the Welfare Reform Act and the State Pension Reform) are outside the reference period. Therefore, it asks the next report to indicate how these have affected the personal coverage of social security risks – ie the percentage of the covered persons out of the total active population as well as the minimum levels of income-replacement benefits (unemployment, sickness, maternity and old-age).”

In particular, it singles out Employment and Support Allowance: “The Committee of Ministers observed that there was a toughening of the qualifying conditions for the entitlement to ESA on the one hand and a drastic reduction of its duration on the other, which could result in an outright reduction of protection offered by the sickness benefit.

“The Committee of Ministers invited the Government to show in its next report … that the obligations and sanctions under the work-related activity regime are of such a nature as not to unduly limit the protection afforded … to sick persons after the 13th week of sickness.”

That’s going to be tricky for RTU – the last figures his department deigned to release showed that an average of 73 people a week were dying after going through his ideologically-motivated work capability assessment.

As stated at the start of this article, “manifestly inadequate” are words that should ring in Iain Duncan Smith’s ears for some time to come.

They describe the performance of his department in looking after the needs of British taxpayers who have fallen on hard times due to unemployment or illness – and also its treatment of pensioners.

They also describe, in the opinion of objective outsiders, his own performance as a British government minister.

Vox Political stands up for jobseekers, the ill and the old.
The site needs funds if it is to carry on doing so.
That’s why Vox Political needs YOUR help to continue.
You can make a one-off donation here: