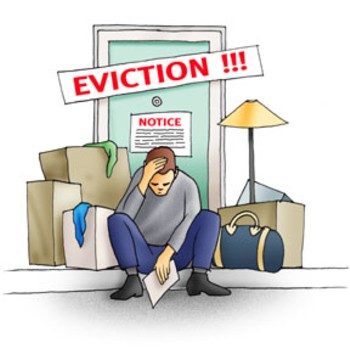 If you don’t have a plan to deal with the financial demands of the Localism Act, this could be you.

Has anyone received any information from their local authority about how it plans to implement the new council tax support scheme required by the Localism Act?

This scheme will be running from the beginning of April next year (2013), and it is therefore a matter of urgency that we find out what it will involve. Or is it our councils’ intention to take us all by surprise?

It is two months since I wrote my article on the subject, Poll Tax revival plan to take away your home, and I have heard nothing from my own local authority.

I have therefore written a letter, asking for information. If you are in the same situation, you may wish to use what follows as a template:

You will be aware that the Coalition government’s Localism Act means that Council Tax Benefit will be scrapped from April next year. Instead, local authorities – such as yours – will be compelled to set up local council tax support schemes. The aim is to cut 10 per cent from the current council tax benefit bill, or around £470 million.

Because pensioners will not be attacked in this way (at this time) – the legislation exempts them – this means working-age people are likely to face a loss of at least 16 per cent of their benefit.

Councils could choose to reduce spending in other areas or increase council tax, but these would affect groups other than current benefit recipients and so, in the name of fairness, I think we can be sure those who are on benefit now will end up paying that £470 million bill.

You can be sure that the illusion of choice has been included by the Coalition to ensure that you – and all the other local authorities in the UK – take the blame for what will be a considerable increase in the bills being paid by poorer households. I don’t think anyone who devised the legislation stopped to think what the tax hike will be, as a proportion of claimants’ earnings.

Worse than that, though, is the fact that I have not heard a single word from you about how you plan to approach this matter. Implementation of the scheme is now less than six months away, and those who will be affected need to plan how they intend to absorb the extra expense.

My fear is that you think you can remain silent until the very last minute in the hope that this will minimise harmful publicity against you. This would be disastrous for your taxpaying constituents.

Such a policy may well leave them unable to pay their bills and therefore, ultimately, homeless.

Please publicise your proposals to deal with the demands of the Localism Act now. 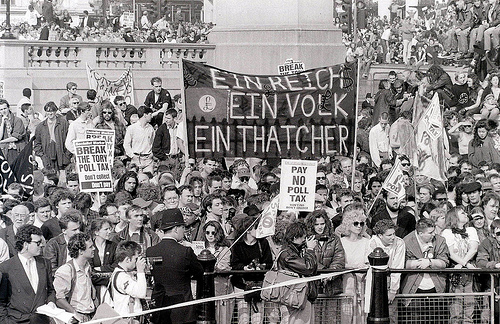 Will we soon see demonstrations against the Coalition’s plan to cut Council Tax Benefit, as we did against the Poll Tax, with which it has been compared?

Is it a good building? Do you get on with the neighbours? Do you live in a pleasant part of the country?

Well, take a good look around because you could soon lose it all if the Tory-led Coalition government has its way.

The plan is to scrap Council Tax Benefit from April next year and compel local authorities to set up local council tax support schemes, in order to cut 10 per cent from the current council tax benefit bill – a total of around £470 million per year.

Because pensioners will not be attacked in this way – at this time – this means working-age people are likely to face a loss of at least 16 per cent of their benefit.

Councils could choose to reduce spending in other areas or increase their revenue through council tax but, as these will affect groups other than current benefit recipients, I think we all know which way our councillors will be pushed. Either way, the local authority will take the blame – or at least, that’s what the Coalition hopes.

It will then be up to those authorities to pursue poor people through the courts for payment, if they cannot afford the new charge. This could amount to more than 760,000 people who work, but whose incomes are so low that they currently receive council tax benefit (The fact that the benefit being paid to them is effectively a subsidy for their employers, who should pay enough for them to support themselves without the need for benefit, is apparently a side issue) plus the disabled (already a target for hate campaigns by the Department for Work and Pensions), the unemployed, and families with young children.

The alternative, of course, is to move somewhere cheaper. You see, this is another part of the government’s social cleansing policy, created to run alongside the housing benefit cap and the ‘bedroom tax’.

The plan, in the government’s Localism Bill, has already been labelled a revival of Margaret Thatcher’s hated Poll Tax because it aims to ensure that everybody pays, no matter how little money you have.

To put this in perspective, the annual saving will total less than one-twelfth of Vodafone’s tax bill. That company owed the UK Treasury £6 billion but the government let it get away with paying just £1.25 billion after a ‘sweetheart’ deal was made with HM Revenue and Customs. That’s the same government that will have you kicked out of your home for the sake of a few pennies.

Rebates of up to 100 per cent have been available to the unemployed, disabled people, full-time carers and households on low incomes, many of whom have not been required to pay at all, ever since Council Tax came into effect in 1992.

Councils are currently setting out how they plan to deal with the change. Manchester has launched a consultation on proposals to require all households except pensioners to pay at least 15 per cent of the council tax bill, while Barnet is proposing a minimum 25 per cent charge for all working-age residents – clearly that council wants to clear out the poor and set up shop as a desirable residence for the rich.

Adding insult to injury, the tax increase for the low-paid will be timed to come into effect next April, on the same day as a tax cut for millionaires.

It all seems a very vindictive way to keep the scheme’s architect, Eric Pickles, in pies.

Wouldn’t it be better just to get Vodafone to pay its taxes?