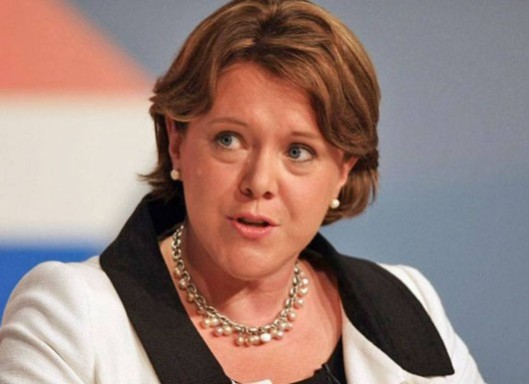 According to the BBC, Maria Miller reckons she is “‘devastated’ that she has let her constituents down”.

Is that why her apology to Parliament – which was for behaving badly towards the inquiry into her fraudulent expenses claims, not for making the claims themselves – was so short and contemptuous? She trying to cope with the shame of letting everybody down?

I should bleedin’ cocoa.

Miller should try to bear in mind that we weren’t all born yesterday and most of us have a decent IQ; we don’t have time for these flimsy efforts at self-justification.

She committed a crime.

Let’s remember as well that this is a woman who, as minister for the disabled, co-presided over a benefit assessment system that has led to thousands upon thousands of deaths: the hated Work Capability Assessment.

Well, too bad. We can’t because the government is too lily-livered and cowardly to release the figures. There is no more obvious way of telling the public that these people are trying to hide serious – by which I mean grave – crimes.

So Miller can take her talk of “devastation” and blow it out her ear.

The BBC report adds that David Cameron, Britain’s weakest Prime Minister, has continued to support his culture secretary. Cynics have said this is because she is both female and state-educated, and he needs examples of both in his primarily male, privately-educated and extremely, obscenely rich, Cabinet.

It has also been suggested that she is extremely loyal to Cameron and, for a weak leader, this must be handy too.

There’s no honour amongst thieves.

Vox Political opposes the corruption that allows ministers to commit crimes
… but we need YOUR help to do so.
This independent blog’s only funding comes from readers’ contributions.
Without YOUR help, we cannot keep going.
You can make a one-off donation here: