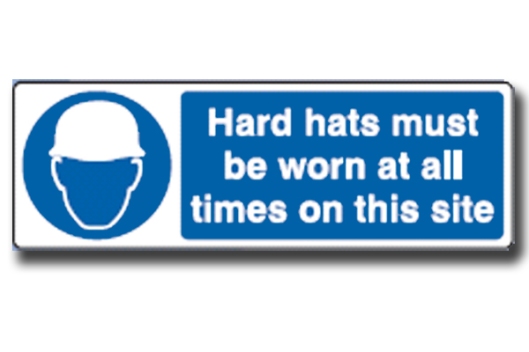 Hard hats or hard-hearted: Health and safety deregulation could lead to life-changing injuries.

I know what you think about this: “It’s only low-risk places like shops – what harm can it do?”

The government is planning to introduce new rules from April next year, scrapping health and safety checks on thousands of businesses it considers low-risk. Shops are among them, along with offices, pubs and clubs.

Apparently this will save millions of pounds. I wonder how many lives it will ruin.

I have a friend who works in a supermarket, which counts as a shop. While he was working, a cleaner on some kind of motorised transport shot through a pair of doors which hit him on the arm, injuring it. This was months ago; the arm isn’t better. Because the supermarket chain had sub-contracted the cleaning work to another company, he is still awaiting compensation for the injury and loss of earnings; both firms deny responsibility.

This is a health and safety issue. Why does the government have nothing to say about it? And how many more people will suffer similar injury – or worse – in an unregulated future?

According to business minister Michael Fallon, firms will only face health and safety inspections if they are operating in areas deemed to be higher-risk, such as construction and food production, or if they have had an accident or a track record of poor performance – but for how long? If the policy saves companies money – never mind the human cost for a moment – won’t they expand it, to improve profitability for proprietors?

Ministers also said legislation would be introduced next month to ensure that businesses will only be held liable for civil damages in health and safety cases if they can be shown to have acted negligently.

Mrs Mike (my girlfriend) has had firsthand experience of how this works. She’s a former employee of a manufacturing company. This firm had multiple health and safety regulations to enforce, along with the equipment to do so – but she tells me that, strangely, all this equipment was hidden away during the normal working day and only came out when the factory’s owners were notified that a surprise inspection would take place. Think about that.

She doesn’t work there any more. Conditions were such that she had to perform repetitive physical work while standing at an uncomfortable angle, because the work surfaces were too low, for many hours every day, and this caused her physical damage.

But can she prove that it was her job that did the harm?

I admit that this was one factory, run by a firm that no longer exists (it went into receivership and the premises are now run by someone else, who may have instigated a better health and safety regime; we don’t know, Mrs Mike isn’t there anymore). But consider the opportunities for abuse that will be available to other firms, if regulations are relaxed.

You might ask why I don’t think firms will carry on in a responsible manner after deregulation, and it might be a good question if we didn’t have the example of recent history available to us.

What I mean is: Just look at what happened with the banks.

Finally, what do you think will happen if you do suffer an injury at work? Mrs Mike was quietly sacked and has ended up on the infamous Employment and Support Allowance – Work-Related Activity Group. That’s right – you’ll get a year’s worth of invalidity pay before being required to go out and look for work, no matter what your physical condition might be. We already know that this experience can be terminal.

If you still doubt me about ESA, the latest YouTube video on the subject is on the Vox Political Facebook page. It tells the story of a claimant undergoing the hated Work Capability Assessment, in which the assessor actually asked, “So how long exactly have you had Down’s Syndrome?”