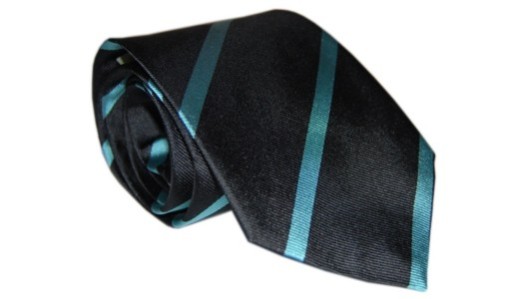 It’s not what you know – it’s who: This is the only ticket to upward social mobility in David Cameron’s Britain – an Eton tie.

It was always critically flawed, of course – how could it not be? It was based on the idea of reducing the money available to people on benefits, in order to make the amount taken home by working people seem like more.

Meanwhile, the real winners were company bosses and shareholders for whom the line ‘Making Work Pay’ is a complete misnomer. A shareholder takes home dividends after investing in a company. Such a person doesn’t do any work for that money at all!

Mr Milburn’s study focuses on working parents, according to the BBC’s report. This makes sense because social mobility is historically based on a child managing to achieve more than a parent.

For decades, Britons have been able to say, proudly, that each generation has been better-off than the last; now, the Conservative-led Coalition has reversed that trend. Working parents simply don’t earn enough to escape poverty and two-thirds of poor children are now from families in which at least one adult has a job.

Falling earnings and rising prices mean the situation is likely to worsen – and what the report doesn’t say (but we can infer), is that this is an intended consequence of government policy. David Cameron will not be thanking Mr Milburn for pointing this out.

Mr Milburn has recommended diverting money currently used to provide universal benefits to pensioners, so that the richest senior citizens would lose their free TV licences and winter fuel allowances, in order to relieve the burden on the poorest families.

But Mr Cameron, who knows that pensioners are more likely to vote than younger people (including working parents), won’t accept that. A spokesman told the BBC those benefits will be safeguarded until after the 2015 general election – in order, we can infer, to ensure that pensioners will vote Conservative.

Some have chosen to lay the blame on Education. That’s right – with a capital ‘E’. Apparently, although Tony Blair was right to put the emphasis on education back in 1997, people just haven’t been interested in taking it up, along with the massive opportunities it offers to attain a comfortable life.

That just doesn’t ring true. Look at Yr Obdt Srvt. I left school with nine GCE ‘O’ Levels and three ‘A’ levels, went on to get a degree and then went beyond that to get a post-graduate qualification in Journalism (making me one of the few news reporters, these days, to have one).

I have never received more than poverty wages – even when I was editing a newspaper. But the effect I have on my surroundings is completely disproportionate to the money I have received – I recently wrote that when I left my last full-time newspaper job, that paper lost £300,000 per year as a result (according to my sources). This very site is currently rated 16th most influential political blog in the UK.

Yet I am as poor as a church mouse!

So Education is not the culprit – and putting teachers on performance-related pay is to chase Education up a blind alley. How would Special Needs teachers benefit from such a system? All pupils have a range of abilities and no two are the same, so how can performance-related pay ever be judged fairly? Suppose a teacher correctly realises that some pupils will never achieve academic excellence but that their talents lie in practical pursuits – should that teacher lose pay for trying to get the best result possible for those pupils? Of course not.

Once again we see government policy following the ‘divide and conquer’ pattern. ‘Take from the needy and give to the greedy’, as the slogan states.

And the flag of the conquering elite is the ‘Old School Tie’.

You’re on very shaky ground in Cameron’s Britain – if you weren’t at Eton.