Reposted from the Observer

P.S He’s still got a face I want to slap! 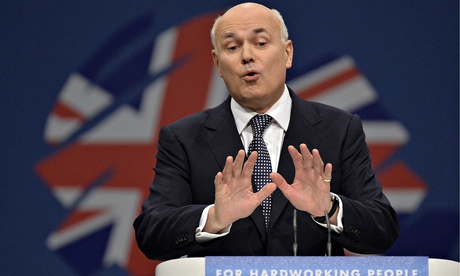 ‘A neurotic authoritarian who wants to be powerful and expects to be obeyed’: Iain Duncan Smith at last year’s Conservative party conference. Photograph: Toby Melville/Reuters

At a time of miserable conditions for the poor, sick and disabled people, the administration of the welfare state is a disaster. The grand projects the Department for Work and Pensions has launched since the general election have been bureaucratic fantasies and practical catastrophes. Ministers have wasted hundreds of millions of pounds of public money – Tory ministers, mark you, who pose as the defenders of hard-working taxpayers. For…

4 thoughts on “Why stubborn Iain Duncan Smith is no statesman”