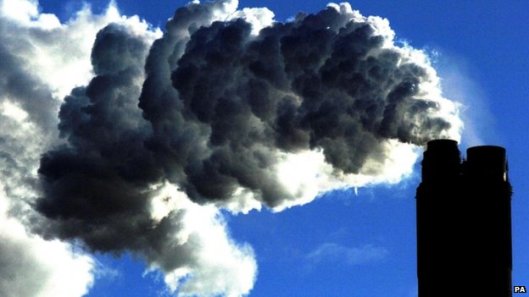 Just three days after Michael Gove reacted with “concern” over a report that climate change was being discussed in British schools, his coalition partner and Energy Secretary Ed Davey – speaking for the British government – has claimed the European Union must do more to limit the phenomenon.

One of them wants to deny that it exists; the other says it is all-too-real. They are both in the government.

What are we supposed to think?

Perhaps it might be excusable to think that these divisions are likely to happen in a government that is an uneasy alliance between two political organisations that have unique ideologies, but will that really wash?

The whole idea of the Coalition was that they would put their differences behind them and work together – and, let’s be honest, the alliance has never been as uneasy as some would want us to believe. This is why it has been so easy for this blog (and others) to re-name Nick Clegg’s party the Tory Democrats.

No, what we have here is a schizoid situation in which the government is making two different statements at once. Gove is saying climate change doesn’t exist and it is wrong to suggest that it does, while Davey is demanding that we team up with other countries to fight it.

Clearly, there has been a breakdown in communication somewhere.

The applicable word is: Omnishambles.

In such situations it would be normal to look to the leader for guidance… but he’s off on holiday, in a part of the globe that’s warm. Also, we now know he has all the leadership skills of a frightened sheep.

Never mind; for David Cameron, the clock is ticking. In a little over a year, he could be nothing more than a bad memory.

Let us hope that, by then, it won’t be too late for our environment.

Vox Political needs your help. We can’t get the facts to you without it!
This independent blog’s only funding comes from readers’ contributions.
Without YOUR help, we cannot keep going.
You can make a one-off donation here:

4 thoughts on “Gove v Davey on climate change – who do we believe?”