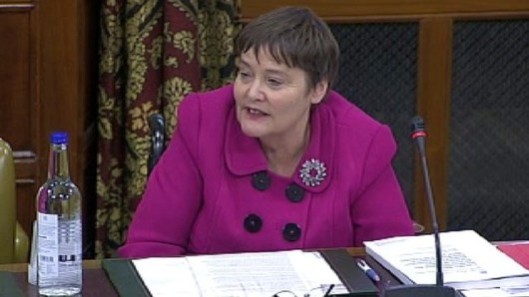 Dame Anne Begg has responded to concerns that people who submitted evidence to the Commons Work and Pensions Committee’s inquiry into Employment and Support Allowance and Work Capability Assessments were being sidelined – with a denial.

The committee’s chairperson said the call for evidence generated 190 submissions, and every single submission will be circulated to all committee members.

In addition, the committee clerk in charge of the inquiry, who will be writing the brief for committee members, has carefully read all the submissions as they have come in, she stated in an email yesterday. (March 30)

“However, in line with our practice in the past when we have received a large number of submissions describing personal experiences (such as our inquiries into the roll out of ESA and the Pensions Bill) we have taken the decision that not all of the personal submissions will be treated as ‘formal written evidence’ which is published along with our report,” she continued.

“This is because a number were very personal in nature, or didn’t address the terms of reference, while some asked for anonymity which isn’t possible in formal evidence, or included inappropriate language.

“It was made clear in our call for evidence that the committee would make the decision whether a submission would be treated as formal evidence or not. However, it is still treated as evidence – just not ‘formal written’ evidence.

“Once the formal evidence is published, you will be able to see that there are quite a number from individuals so it is simply untrue to say that all individual submissions are being ignored, suppressed or sidelined.”

Are you happy with that?

Personally, I can’t say that I am entirely convinced, as my own evidence (for example) fits the required criteria and should not be omitted from the formal evidence for the reasons Dame Anne mentioned in her email. Yet this is what has happened.

I responded, saying it is hard to give the benefit of the doubt to any Parliamentary investigation into this issue because of the mistreatment that people have suffered over the past few years.

While I would like to think that the Work and Pensions Committee, and those who work for it, will treat us all with fairness, it is only prudent to suggest that we all keep a watchful eye on proceedings, including all documentation that comes from this inquiry. If there is the slightest hint of foul play, then it will be our responsibility to raise the alarm.

Hopefully Dame Anne, the committee and its clerks have realised that their conduct is being scrutinised.

Let us hope they respond positively.

Vox Political speaks up for the people
… and we need people to ‘stump up’ for us.
This independent blog’s only funding comes from readers’ contributions.
Without YOUR help, we cannot keep going.
You can make a one-off donation here:

28 thoughts on “ESA/WCA inquiry chair: ‘Victims are NOT being sidelined’”