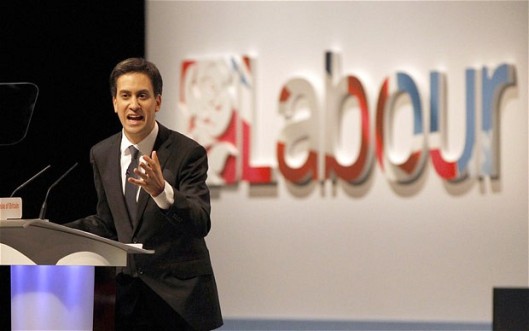 A statesman emerges: Ed Miliband’s decisions on Syria have revealed courage and determination to do what is right. They show he has the potential to be a great British statesman.

It looked as though we were all heading for another pointless adventure in the Middle East, but a day in politics really is a long time, isn’t it?

On Tuesday evening, there seemed to be consensus. The leaders of the main UK political parties had met to discuss the situation in Syria – in particular the evidence that an attack involving chemical weapons had taken place – and had parted in broad agreement that military action was warranted in order to discourage the use of such devices.

But then Labour’s Ed Miliband changed his mind. It seems likely he held a meeting with members of his own party who helped him devise an alternative plan.

In his blog on Tuesday, Michael Meacher laid down several reasons for delaying any new military adventure:

Mr Miliband concluded that it would be far better to wait for stronger evidence and he notified David Cameron that he would be tabling an amendment on Syria when Parliament is recalled today (Thursday). This would insist that a vote should be taken only after the weapons inspectors have delivered their report. He said Parliament should only agree criteria for action – not write a blank cheque (for those who want war).

This writer was delighted – the decision was almost exactly what I had suggested when I responded to a poll on the LabourList blog site, although I had added in my comment that the only decision open to Parliament was to offer humanitarian aid to non-combatants affected by the fighting between the different Syrian factions.

The decision indicated not only that Labour had learned its lesson from the Blair-era decisions to invade Afghanistan and Iraq, but that Mr Miliband had also paid attention to the will of the British people; those opposing another war outnumber those supporting it by around two to one.

Mr Cameron was now in a very difficult position as, without Labour’s support and with only limited backing from his own party, it was entirely possible that he would be defeated if he suggested military action in the Commons today.

Defeat in a major vote is, of course, something that no government voluntarily provokes. He had no choice but to change his mind, and now Parliament is being recalled to approve humanitarian aid and agree to the course of action put forward by Mr Miliband.

So now all my wishes appear likely to be granted.

It is the correct decision. But it was not the decision Cameron wanted. He wanted war.

It is also a decision that has been clearly dictated by the actions of the Opposition leader. Let’s make no bones about it, Ed Miliband called this tune and David Cameron danced to it.

Let’s look at what Michael Meacher had to say about this. It is illuminating because it comes from a backbencher who has been outspoken in criticism of Mr Miliband in the past. He wrote in his blog: “It singles out Ed Miliband as a man of inner strength and integrity who can take the gritty decisions when they are most needed, and this is undoubtedly one of those times… The hardest thing for a Leader of the Opposition to do, bereft of any executive authority, is to challenge the prevailing structure of power and change it or even overturn it. No other Opposition Leader has succeeded in this as well as Ed Miliband.

“We have already seen him take on Murdoch over BSkyB and stop the biggest concentration of media power in UK history in its tracks, and then almost single-handedly block the press counter-attack against Leveson which would have left newspapers as unaccountable as ever.”

So it seems we will see the right decision taken, albeit for the wrong reasons – thanks to the courage, leadership and statesmanship of Mr Miliband.

There’s just one further question: If the big decision is being taken after the weapons inspectors report back, and they are unlikely to do so until Monday (we’re told)… That’s after MPs were scheduled to return to Parliament. The emergency recall is therefore an unnecessary extravagance.

I wonder how much MPs will be allowed to claim for it on expenses?

(Note: This has been written while events continue to develop. All information was accurate at the time of writing.)

31 thoughts on “Syria: The right decision for the wrong reason?”