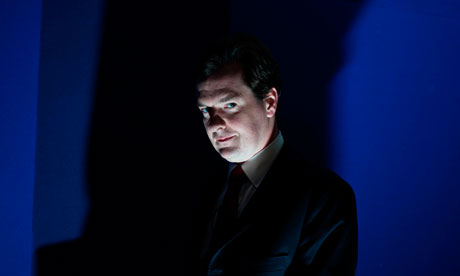 Shady: Why will the Parliamentary Commissioner for Standards NOT investigate the new evidence that has come to light about George Osborne’s expenses?

It seems the Parliamentary Commissioner for Standards is reluctant to examine the case of George Osborne, who paid mortgage interest on his paddock with taxpayers’ money before selling it off with a neighbouring farmhouse for around £1 million and pocketing the cash.

Mr Osborne, as is now well-documented, claimed mortgage interest on both properties as an allowable expense, stating that he needed the house to perform his duties as an MP. The paddock was registered separately with the Land Registry and was not mentioned in his expenses claim, but thanks to newspaper reports earlier this month, the nation understands that the money he received was used to pay for it.

Apparently this is not good enough for the Standards Commissioner. After I requested an inquiry, I received an email from Heather Wood, registrar of members’ financial interests. She wrote: “The Commissioner is able to inquire into complaints of a breach of both the Code and the rules of the House only if they are supported by sufficient evidence to justify an inquiry.

“Since the Commissioner has already inquired into Mr Osborne’s claims for his second home over the relevant period, there would need to be evidence of a breach of the Code of Conduct and the Rules of the House, other than that he had already investigated, before he could consider this matter further. That evidence would need to be sufficient to justify an inquiry.”

She went on to provide a link to the result of the previous inquiry. I read it very thoroughly but could find no mention whatsoever of the paddock at Harrop Fold Farm.

From the evidence provided by the commissioner’s office, I can only conclude that Mr Osborne did not tell the authorities that the money he claimed – in order, let’s remember, to discharge his Parliamentary responsibilities – would also partly pay for an empty field that he planned to sell for an exorbitant profit, years later.

To me, this is clearly accounting fraud, which is a criminal offence under the Fraud Act 2006.

The only reason I can find for the reluctance shown by the Commissioner is that my evidence comes from newspaper reports, and the guidance on submitting complaints does make it clear that such evidence may not be enough.

However, it seems clear that there is substance behind the allegations. Firstly, the evidence was transmitted in a Channel 4 Dispatches documentary on TV; then the Telegraph, Guardian, Mirror and the Independent all came out with corroborating reports. They would not do this without being able to back up what they were saying; if the details were false, then they would all have been guilty of libel, which is itself an offence – and I am sure Mr Osborne would be quick to pursue them through the courts in such circumstances.

He has not done so. What does this suggest to you?

My next step will be to write to the reporters concerned. I’ll need to ask them if the evidence to support their stories is publicly available and, if so, where I can find it. Then I’ll have another crack at the Commissioner. If any of the reporters concerned are reading this, please get in touch and provide any illumination you can – I think we would all be genuinely delighted to see your contribution.

Oh – there is one last line from the registrar, as follows: “Your e-mail also suggests that criminal conduct may have occurred. Any such allegations would be a matter for the police, not for the Commissioner, and I note that you have already raised this matter with them.”

That’s right – they said they couldn’t investigate because an inquiry was already taking place, and I’m still awaiting a response from my MP on that subject. Isn’t it interesting that the responses I’m getting are starting to go around in circles?

I’ll keep you all informed of progress.